Review: Everything You Need to Know About the New Navy Blue Tudor Black Bay 58

When the new navy blue Tudor Black Bay 58 debuted on July 1, 2020, a divide quickly took shape among enthusiasts. The first group was (and is) of the opinion that the blue Black Bay 58 only proved that Tudor is following in the “boring and innovation-sparse” footsteps of its sister company Rolex. In other words, they changed a few tiny details of the model (like the color) without really adding anything new, i.e., hype instead of true innovation.

The second group was delighted that Tudor seemingly answered the wishes of many diehard fans to expand the Black Bay 58 into a wider model range with several variants. This group sees the new navy blue Black Bay 58 as a first step to further models and complications housed in the smaller BB58 case, including a date display, chronograph function, and additional colors. 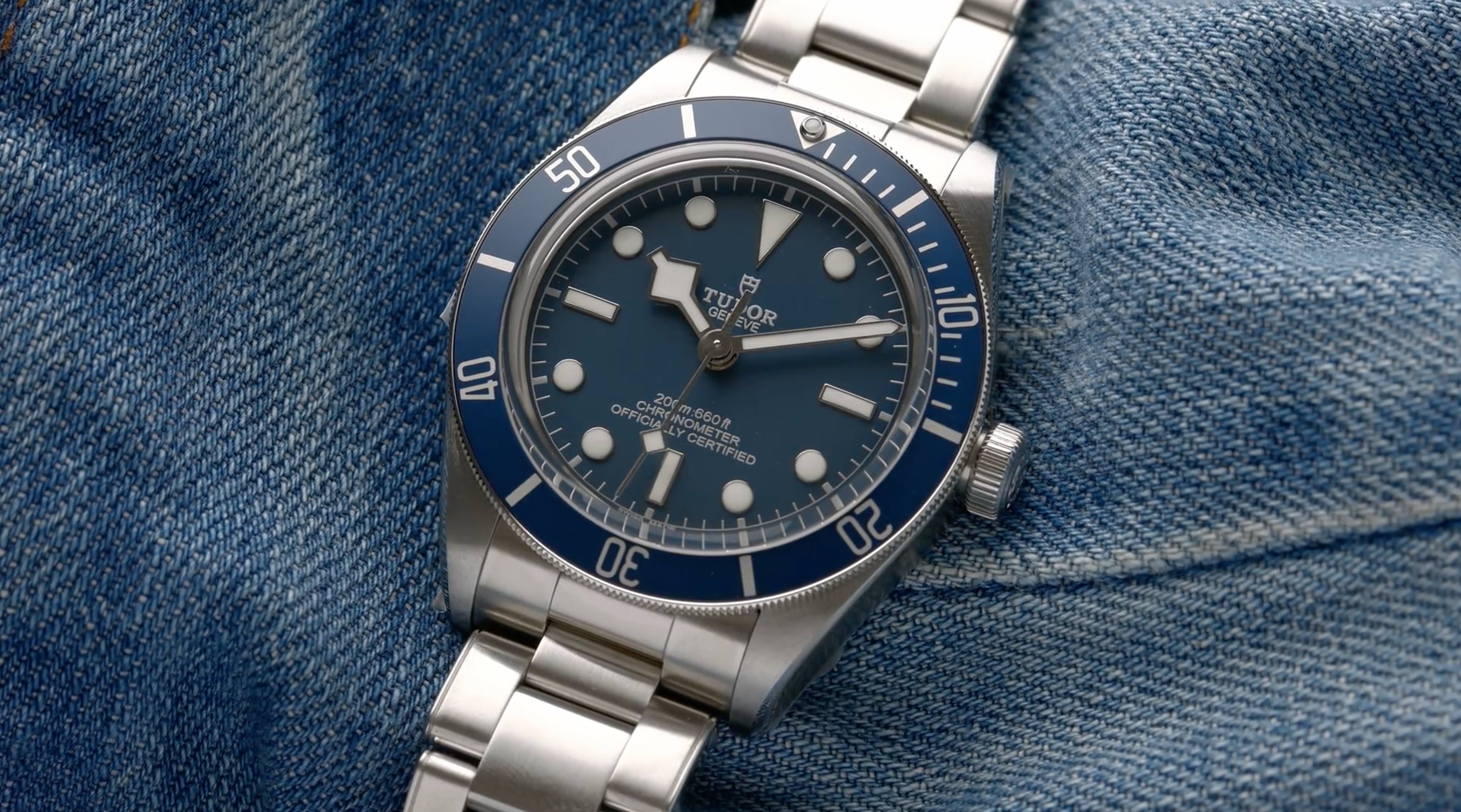 To start, I should declare myself part of the latter group. Nevertheless, I don’t intend to just sing the Tudor Black Bay 58 Navy’s praises. I will share my true experience of wearing the watch nearly every day for the past month, with a particular focus on how this watch compares to the original Black Bay 58 in black.

For a long time, I thought Tudor watches were too bulky for me. They were nice, but just too big. Unfortunately, I didn’t really take notice of the Black Bay Fifty-Eight for quite some time because I considered Tudor watches little more than Rolex copies. I was, therefore, rather surprised when I tried the Black Bay 58 on for the first time. At the time, I also owned a Submariner No-Date, but I immediately preferred the Black Bay 58. 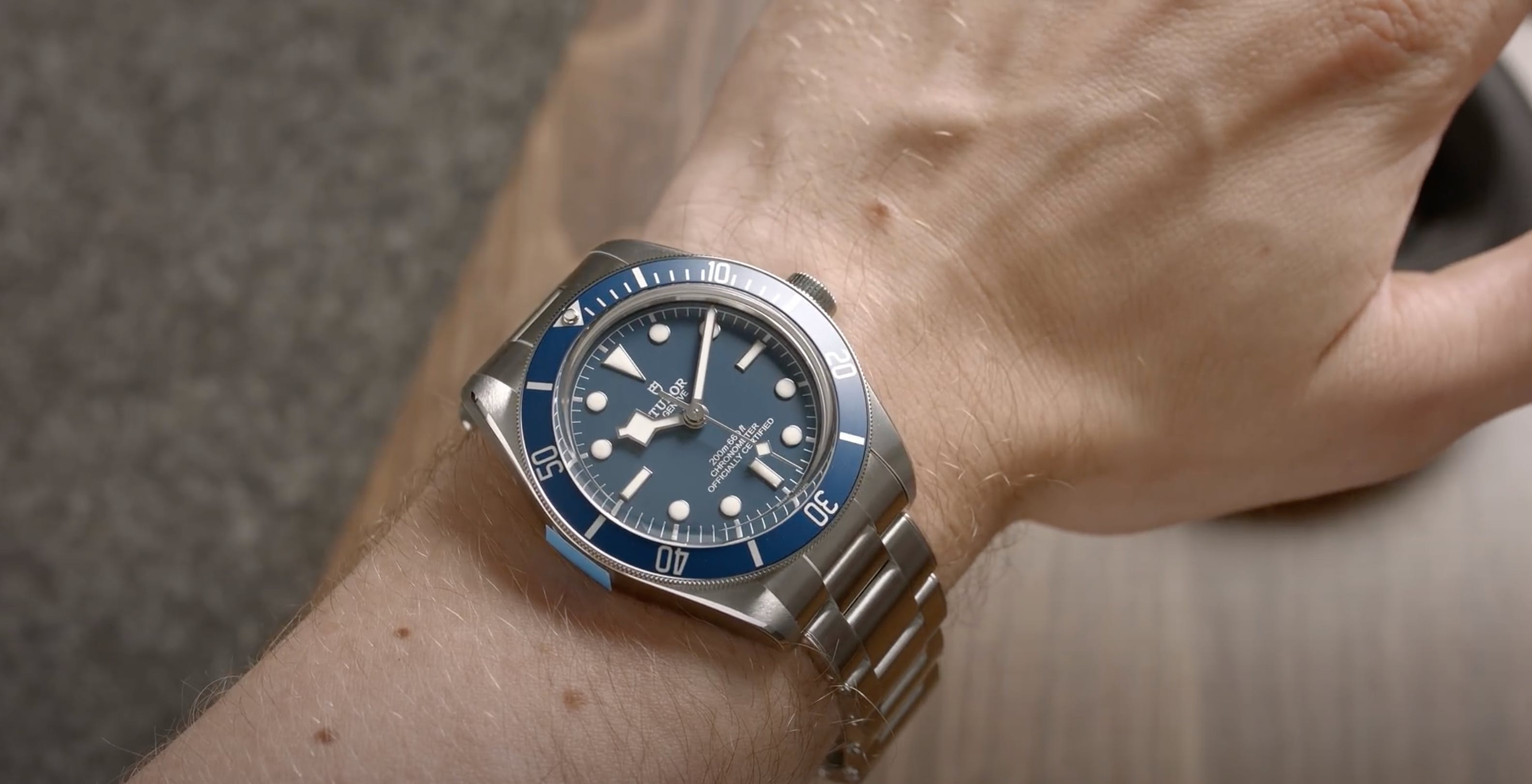 The Tudor case is smaller and more refined than that of the (now postmodern) Submariner 114060, and it turns out that the diameter is actually the perfect size for my six-and-three-quarter-inch wrist.

Unlike so many other watches, this timepiece doesn’t look too big on the wrist. In fact, it sits perfectly. To be honest, I think the Tudor BB58 is possibly my best-fitting watch even though I prefer my Rolex models.

There are, however, some disadvantages to the Black Bay 58, particularly when it comes to the bracelet and clasp. 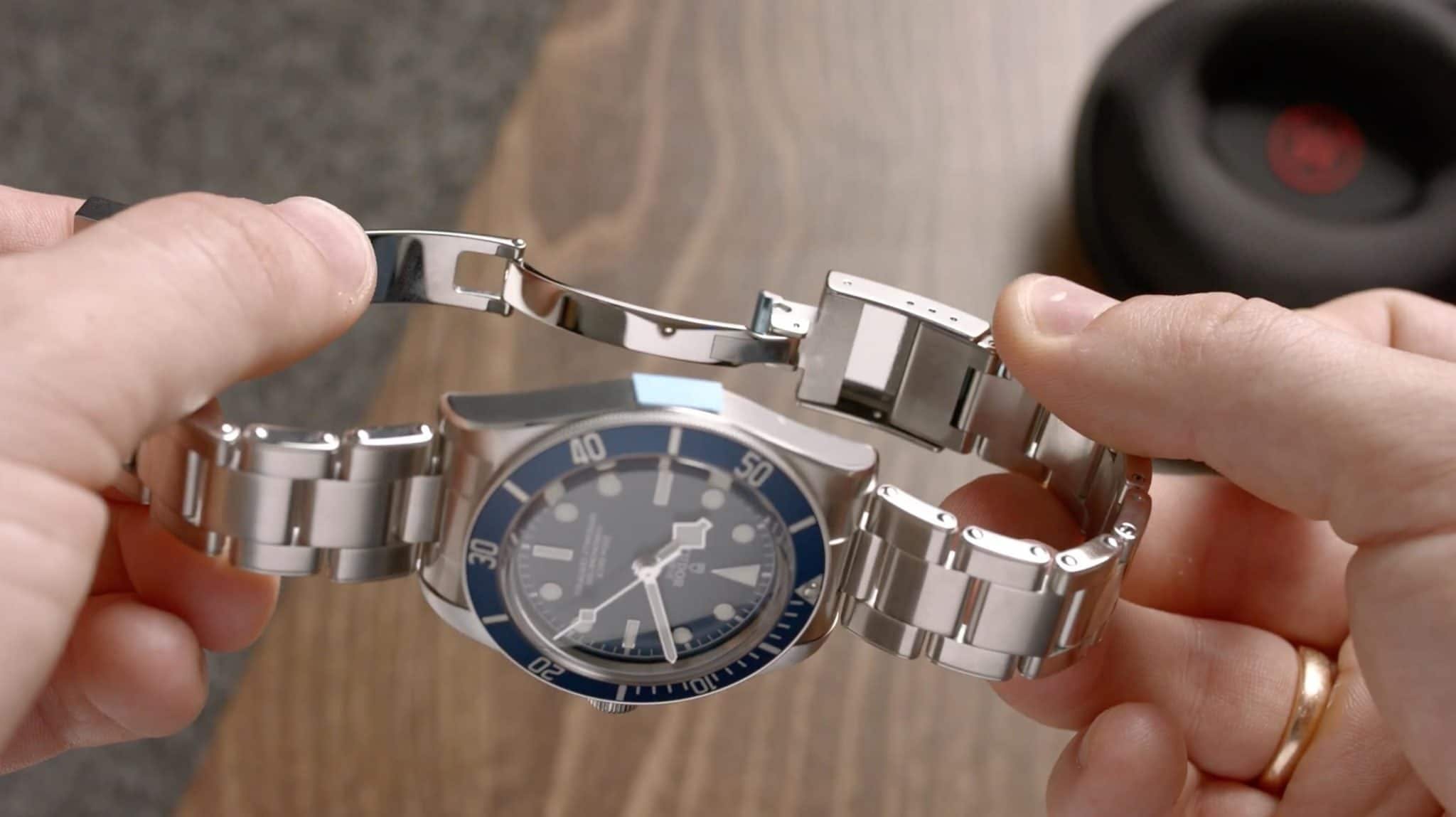 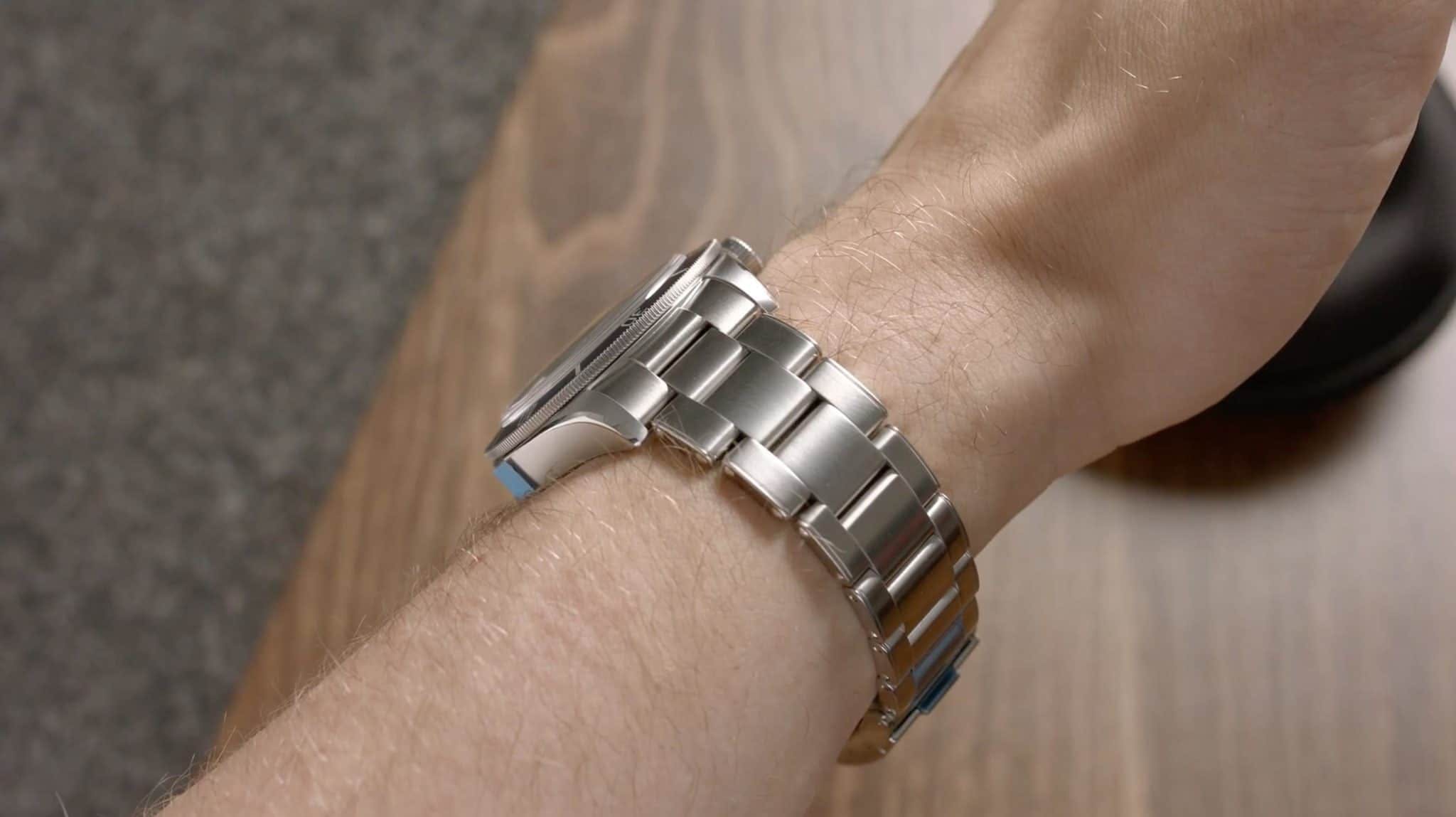 To start, there are fake rivets on the bracelet, which are intended to give the watch more vintage character. Many Tudor fans – myself included – agree that these weren’t necessary, because they are there for purely decorative purposes.

Moreover, the finishing on the clasp is quite a bit rougher than that of other watches in a similar price range. The holes for the fine adjustment seem particularly poorly done, which detracts from the overall look of the clasp.

I like to wear my watches snug, so I’ve made the band of my Black Bay Fifty-Eight quite small. Unfortunately, this means it can get rather tight on hot summer days.

I recently visited a jeweler in Slovenia. After a few hours, the saleswoman said,

“When I saw you were wearing a Tudor Black Bay Fifty-Eight, I immediately knew you really liked watches.”

I was wearing a black BB58. Funnily enough, I went on to buy the blue version then and there. The customer who had originally intended to buy it had backed out earlier that day.

While the wearing comfort of both the black and blue models is exactly the same, their characters greatly differ. The black model exudes warmth and a vintage flair. In my opinion, the sand-colored luminous material, rose gold hands and indices, and red dot on the matte black aluminum bezel make up one of the most beautiful color palettes in the world of watches. I can’t honestly say the same thing about the blue model. The blue tone is very sterile and unemotional, and the silver accents and pure white luminous material look cold. Overall, the watch is much less colorful than its black, yellow, and red sibling. 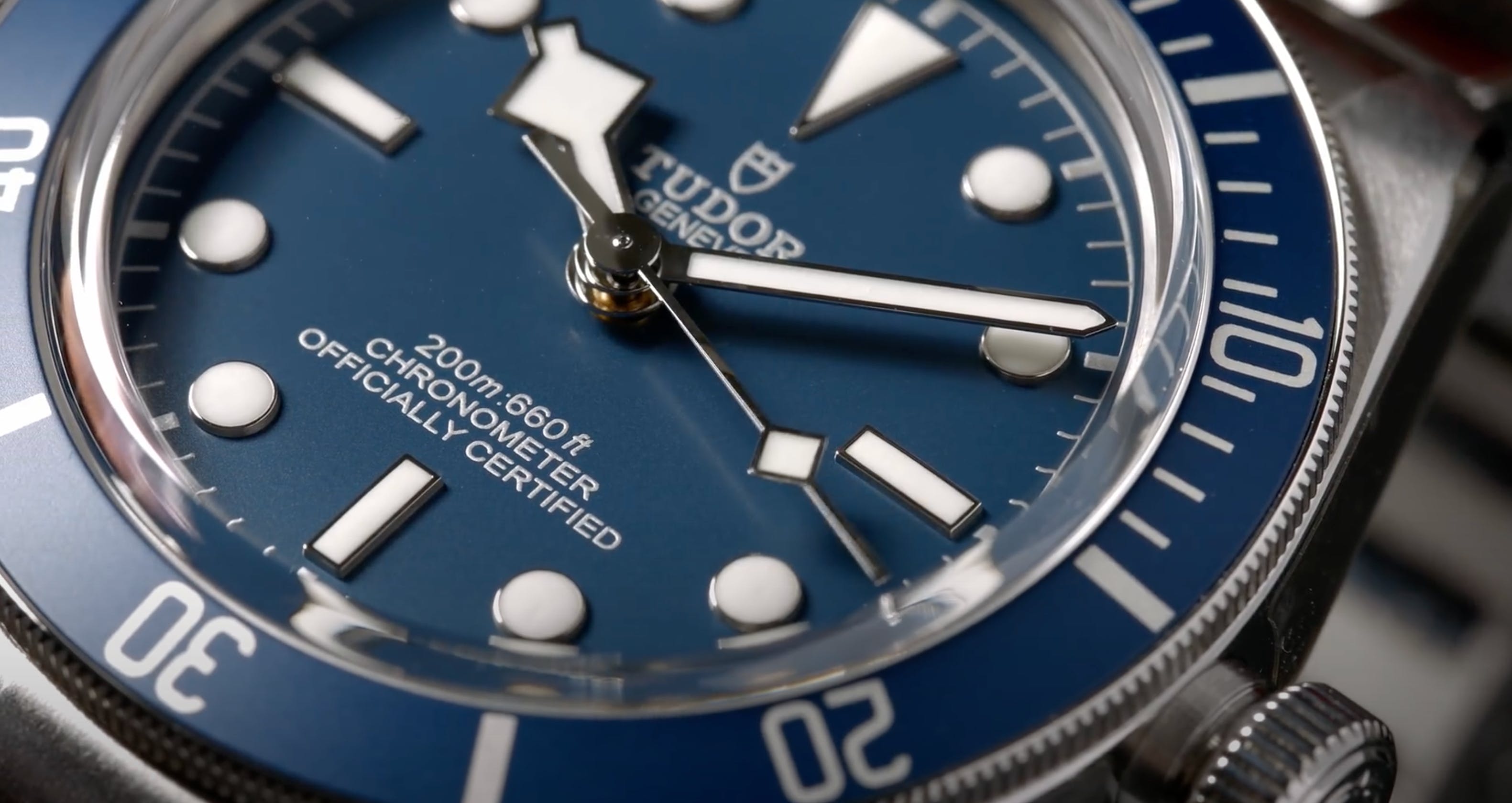 This brings me to a question that I have often been asked: If I could only own one of the two, which would I choose? After giving both timepieces plenty of wrist time, I would have to say I’d opt for the black version of the Black Bay Fifty-Eight. Although the blue version is no less beautiful, I simply prefer the black watch. I think the black watch is ideal for the summer months and the blue watch is perfect for winter. Personally, I prefer long summer evenings to winter nights where it’s already dark before dinner time.

I agree with the sentiments of the Slovenian saleswoman regarding the Tudor Black Bay Fifty-Eight. A Tudor is not a flashy watch. It doesn’t necessarily stand out, but it has everything you need. To be honest, I appreciate the prestigious image of my Rolex watches. I like it when someone comments on my yellow gold and blue Rolex Submariner and assumes I must have paid an arm and a leg for it. I think it’s just my ego that likes to be stroked. But at my core, I’m actually more of a Tudor type.

To put it another way, I think the Black Bay Fifty-Eight has more of an effect on the wearer as opposed to the onlooker (watch connoisseurs aside). Although Tudors and Rolexes are both beautiful watches, the Tudor strikes me as more honest. I prefer my watches to be no-brainers, i.e., I can be confident the watch won’t lose 40% of its value just by wearing it. This makes purchases much easier to justify to myself and makes them feel like far wiser decisions. The Tudor Black Bay Fifty-Eight is definitely a no-brainer. It has proven to be extremely stable in terms of value and popularity ever since its release.

And yet, the Black Bay Fifty-Eight is not just all hype. With a little patience, you should be able to get your hands on one. They are nowhere near as quick to fly out of dealers’ hands as pretty much every Rolex model.

The navy blue Black Bay Fifty-Eight is proving to have decent availability. It is worthwhile asking several times and/or several retailers for the watch. Numerous friends and followers have told me they were able to get one quite easily from retailers despite not having an extensive customer history.

Plus, once you own the watch, you can rest assured that the purchase wasn’t a waste of money.

So, is the blue Tudor Black Bay Fifty-Eight an absolute must-have? I would say no. I do like the watch and enjoy wearing it, especially when my wife and I take turns donning the two BB58s together (we look like the watch enthusiast power couple!)

However, I don’t think it quite lives up to the charm of its sibling in black. Nevertheless, I am excited to see what else Tudor has up its sleeve in this size. If you like blue watches and are looking for a robust watch that is suitable for everyday wear (and swimming), I don’t think you can get more watch for your money at this price point.

If, however, you have the feeling that you simply want a blue Tudor Black Bay Fifty-Eight as a matter of principle or because it’s a stable investment, you are unlikely to wear it very often and it will quickly lose its luster.

Rolex vs. Tudor: Battle of the GMT Watches

Kai is the founder of WatchVice and enjoys sharing his experiences and watch knowledge with other watch enthusiasts and enthusiasts-to-be. He's been writing for the … 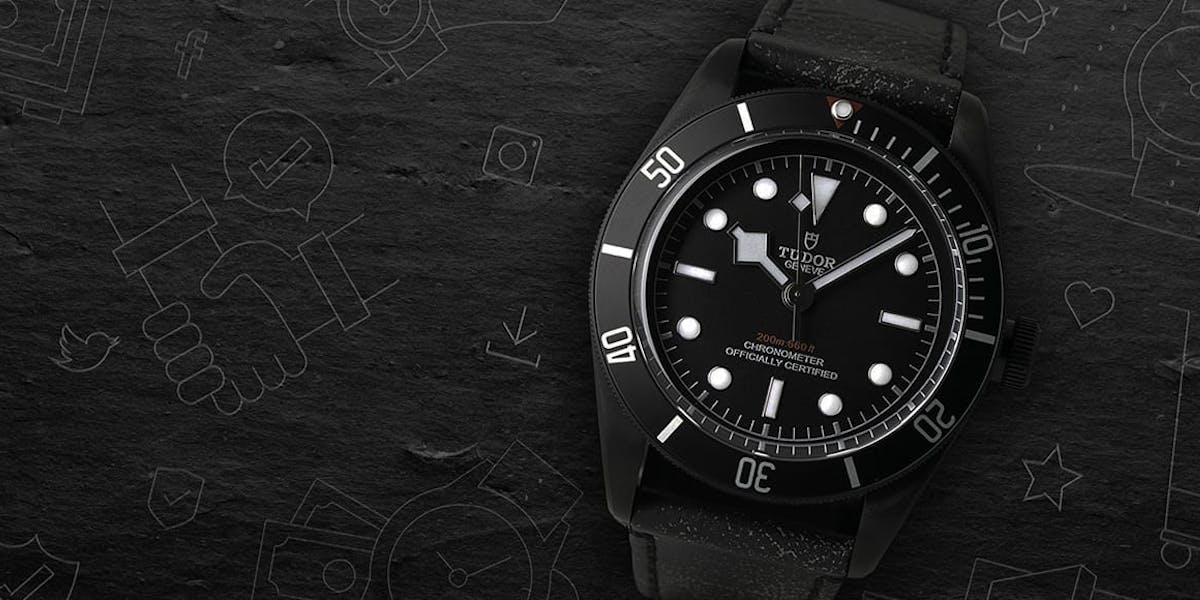